This event has been postponed until after the election.

Due to Parliamentary business and diary pressures in the lead up to the election period, Mr Matheson is unable to attend the session on 17th March and sends his apologies. Decisions like this are never taken lightly and only when no alternative arrangements can be made.

The minister will be happy to join us at a future post-election date, to be confirmed, and we will communicate this date to all members as soon as it is set.

Thank you for your understanding and apologies for the disappointment caused.

SCDI’s ‘Meet the Politician’ events, in partnership with Oil & Gas UK, give our broad-based membership the opportunity to question an influential Politician about current policies and issues that affect Scotland under the Chatham House rule. They help Politicians to understand the latest concerns of SCDI members and they therefore assist in the policy-making process.

Michael Matheson was appointed Cabinet Secretary for Transport, Infrastructure and Connectivity in June 2018

He was born in Glasgow in 1970 and educated at St John Bosco Secondary School. He went on to study at Queen Margaret College, Edinburgh, where he obtained a BSc in Occupational Therapy. He also holds a BA and a Diploma in Applied Social Sciences from the Open University.

He was elected as the MSP for Falkirk West following the May 2007 elections. Previous to that he was a Regional MSP for Central Scotland from 1999 to 2007. Before being appointed Minister for Public Health and Sport, Mr Matheson was Vice Convenor of the European and External Relations Committee. He also sat on the Scottish Parliament’s Health and Sport Committee, and previously served on the Justice and Enterprise and Culture Committees. Michael Matheson was appointed Cabinet Secretary for Justice in November 2014 and reappointed in May 2016.

In this latest SCDI Meet the Politician event he will touch on some of the key issues for the Highlands & Islands in respect of Transport, Infrastructure and Connectivity. As well as hearing from Michael, it will offer SCDI Members the opportunity to ask key questions and feed into some of the thinking around the Committee’s work. 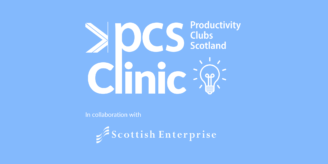 How Economic Transformation will Impact Your Business 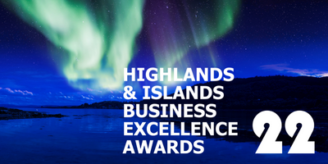