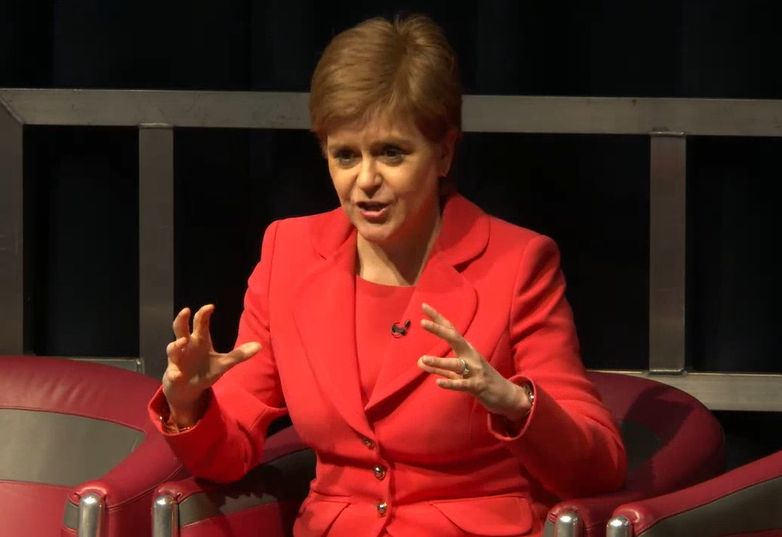 First Minister, Nicola Sturgeon MSP, opened Scotland’s most influential economic gathering by paying tribute to SCDI’s role as a critical friend and the vital contribution it makes on purpose and productivity, recognising it as one of the most important partners to deliver economic opportunities for Scotland.

The event attracted organisations across business and civil society to consider how a renewed sense of purpose can benefit Scotland’s economy, it’s people and our planet.

The need to deal with the ‘causes and not symptoms’ of economic and social challenges was highlighted with Nobel Laurate in Economics Sir Angus Deaton calling for ‘economics and ethics’ to be brought together with a focus on offering opportunities for everyone in society to work in good jobs , whilst Clare Foster, Shepherd and Wedderburn, urged us to move beyond “small p politics” and to tackle issues from a generational perspective.

Angela Scott, Aberdeen City Council, and Dr Oliver Taylor, CEO, bp Aberdeen Hydrogen Energy Ltd, demonstrated what can be achieved when public and private sectors come together in a place-based approach as highlighted in SCDI 10 year vision for the Scottish Economy Making a Good Living.

Neil O’Brien MP Parliamentary Under Secretary of State at the Department for Levelling Up, Housing and Communities continued a focus on place-based opportunities and spoke about plans for an Innovation Accelerator in Glasgow and two green freeports in Scotland.

Innovation was also under the spotlight with Chris van der Kuyl, Chairman 4j Studios, highlighting the need for businesses to pivot fast for new opportunities, and the urgent need to transform education to create Scotland’s entrepreneurial ecosystem.

A tour de force by former MP Rory Stewart, at the Forum dinner, covered the rise of populist politics and geopolitical instabilities, particularly following Russia’s invasion of Ukraine, and what these mean for the economy.

Sara Thiam, SCDI CEO, responded to this call by saying:

“Rory Stewart left us with the stark message that there is no superhero waiting in the wings to lead us out of the challenges we need to navigate and the opportunities we can realise.

SCDI provides a safe space for debate and deliberation, where we can scrutinise government and industry thinking and ask the right questions. Our role remains as important now as it was when we were set up to find solutions to the economic fallout from the Great Depression as debate becomes ever more polarised.”

The Forum dinner raised over £1,500 for charity partners the Red Cross.

Claire Reid, Director of Policy at SCDI, reflected on an eventful two days by saying:

“I leave here today daunted by the challenges Scotland faces but also optimistic about the will of SCDI members to effect positive change. But to continue to have influence and to have impact we need to continue working together. I invite you to commit to taking action on what you have heard and to make change in your own organisation.

Collaborate with us – whether on policy work, events or consultations and to support as a future STEM partner.

Share our events with your colleagues and commit to bring one younger person in your organisation to a future SCDI event – help us give a voice to all sectors and organisations for Scotland economic future.”

SCDI would like to thank the team at the EICC, our speakers and sponsors without whom this event would not have been possible.